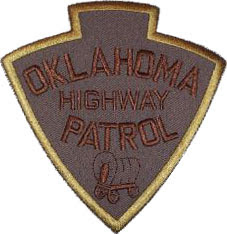 Crime and Court briefs
Trooper investigated in domestic incident
newsok.com
Fri January 4, 2008
Oklahoma Highway Patrol trooper Jason Wayne Henry was put on administrative leave with pay Thursday after being named in a misdemeanor domestic abuse charge. Henry, 32, was arrested early New Year's Day following an altercation with his live-in girlfriend, Eileen Dixon, according to court records. He also faces misdemeanor counts of obstructing an officer and public intoxication. Henry, who has been a state trooper since 1999, is free from jail on his own recognizance...
[Full article here]
on 1/05/2008