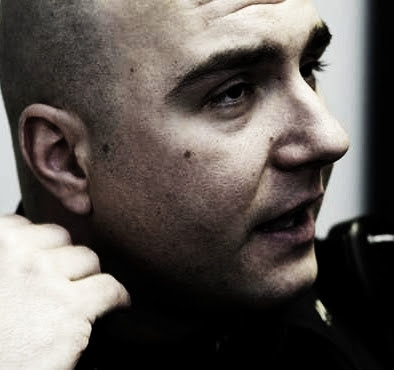 (In my choosing of excerpts from the article I left out the accolades for Officer Montanaro because - as always in police dv articles - there was no mention of anything kind or good that his wife Jamie ever did in her life. She ended up in the hospital, yet I read only the redemptive social value of her husband. )

Walden cop, wife, mother all charged with assault
Times Herald-Record, NY
By Meghan E. Murphy mmurphy@th-record.com
January 29, 2008
[Excerpts] A Walden police officer, his wife and mother were all charged with assault Saturday after a domestic dispute turned violent. State police said Officer Robert "Bobby" Montanaro, 29, visited his wife, Jamie, 27, at her Walden home Saturday and an altercation ensued. The two are legally married but living separately. Montanaro's mother, Deborah Robb, 53, accompanied her son and was also involved in the fight. Investigators said they couldn't determine that any one person involved started the physical altercation, so all three were charged. No one was seriously injured but Jamie Montanaro was taken to the hospital... Walden Chief Jeffry Holmes called the incident unfortunate and said Montanaro was put on paid administrative leave. State police were asked to handle the investigation since it involved a department officer... All three involved were issued court appearance tickets for third-degree assault, a misdemeanor.
on 1/29/2008