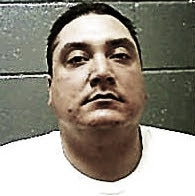 ...She said Little threatened to make her life “a living hell”...

SCF officer arrested
Officer accused of harassing mother of alleged mistress
Journal-Advocate, CO
By Stacie Miller
January 23, 2008
[Excerpts] A Sterling Correctional Facility officer was arrested Jan. 16 on suspicion of harassing the mother of a woman whom he is accused of having an affair with, and who filed charges against his wife after she attacked her. Gary Little, 34, of Sterling, was arrested at Sterling Correctional Facility Jan. 16 and charged with one count of intimidating a witness or victim, a class-four felony... The mother said Little had called her home approximately nine times that day. While the officer was interviewing the mother, Little called the home again from a private number... She said Little threatened to make her life “a living hell” if she did not drop the charges against his wife. The mother told the officer she had worked with Little at the prison before she was fired. She accused Little of making accusations against her that caused her firing...
on 1/25/2008