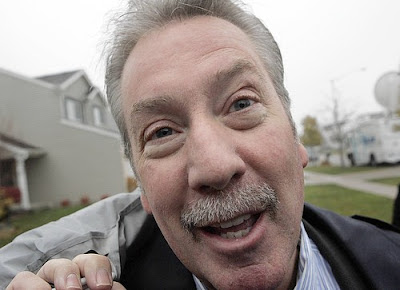 FROM A&E Website:
Who is Drew Peterson?
Running Time: 60 Minutes
Upcoming Airings:
Sunday, January 06 @ 10pm/9C
Monday, January 07 @ 2:15am/1:15C
This timely special looks at the controversy swirling around 53-year-old police officer Drew Peterson, whose wife, Stacy, 23, mysteriously disappeared in October 2007. Suspicions that Drew murdered Stacy arose when his second wife accused him of abuse and when the body of his third wife was exhumed and showed evidence of physical violence. Then, Drew's stepbrother came forward and claimed to have helped Drew carry a large plastic container from Drew's house that he now fears may have contained Stacy's remains. Now, family members say that Drew was a controlling husband and Stacy feared for her life. Is Drew Peterson innocent, as he claims -- or a serial killer hiding behind a badge?
on 1/03/2008