[IN] Not letting Firefighter Oakes slide may save lives 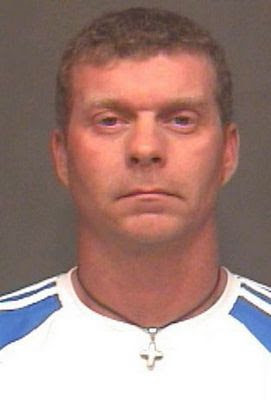 Previous entry:
10/12/2007 - [IN] Firefighter Oaks arrested for violating protection order - Scott A. Oaks, 41, of Noblesville was picked up on a warrant after his ex-wife called police Monday night to say he had violated a protective order... She stated he continued to yell at her and stated, 'Your time is coming'"... He said he is wrongfully accused and his life has been ruined...

Todays news:
Firefighter enters court program, agrees to NFD penalties
The Indianapolis Star
By Katie Merlie
January 10, 2008
A Noblesville firefighter arrested in October for invasion of privacy has entered a diversion program and agreed to stiff departmental penalties. Court records show that Scott A. Oaks, 41, agreed to complete 10 hours of community service and receive education or treatment for domestic violence. If he had been convicted of the Class A misdemeanor, he could have faced up to a year in jail and a $5,000 fine. Police say he violated a protective order to prevent domestic or family violence that Hamilton County Superior Court Judge Steve Nation issued Sept. 26... Jennifer Oaks called Noblesville Police Oct. 8 saying Oaks had violated the order. Officers were sent to her home, where they heard three phone calls from Oaks... In the 41 minutes the officers were there, the police report said, Jennifer Oaks received four text messages and 16 phone calls from Scott Oaks that she did not answer... Oaks was arrested... placed on paid leave... demoted from his position as engineer to the rank of senior firefighter... agreed to an unpaid suspension of 20 24-hour shifts (480 hours) and to submit to a psychological evaluation to determine if he is fit to return to duty. "He should return to work sometime in March," said Division Chief Rick Russell. Oaks also agreed to forgo eligibility for promotion until after Jan. 1, 2010, and complete an anger-management program. If he does not complete the terms in the fire department agreement or the diversion program, Oaks has agreed to resign immediately. Call Noblesville Ledger reporter Katie Merlie at (317) 444-5549.
[Full article here]
on 1/10/2008