...According to her statement, he said, "Don't even think about telling the police - remember I worked with them. I can get away with anything"... 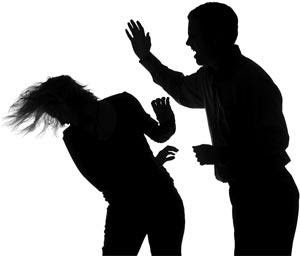 Ex-officer charged with hitting daughter
Regional digest
Worcester Telegram, MA
January 3, 2008
EAST BROOKFIELD - A former police officer accused of punching his 31-year old daughter in the head on Christmas eve was arraigned yesterday on one count of domestic assault and battery. The daughter fell and broke her ankle, according to a police report. Ralph E. Nichols, 53, of East Road, Warren, also allegedly told his daughter not to call the police. According to her statement, he said, "Don't even think about telling the police - remember I worked with them. I can get away with anything." Mr. Nichols served as a Warren officer until the early 1990s. The woman also told police her father spit in her face and called her "ungrateful." She told police her father was upset about choices she was making in her life. She said in her written statement he called her a "pig" as she crawled out of his house. Court documents said Mr. Nichols is unemployed. He is due back in court on Feb. 27 for a pretrial hearing.
on 1/03/2008